Yesterday, 400 people who thought they had tickets to Super Bowl XLV showed up at Cowboys Stadium in Dallas only to be turned away.  The fire marshal apparently deemed a whole section of temporary seating unsafe. 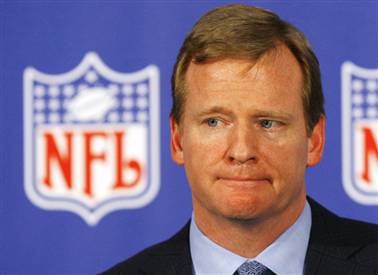 Since then, the NFL has been conducting a master class in how not to handle communications in a crisis. Let’s start with NFL Commissioner Roger Goodell:

“We had an issue with several seats for our fans.”

An issue? Several? The facts are out there for public consumption. Trying to make the “issue” sound less problematic than it really was is, well… problematic.

“It’s something that we have been taking very seriously, working at it.”

Really? How seriously? Because now the news is out that the NFL knew a full week ago the seats might not be ready, and they chose to cross their fingers rather than contact the ticket holders, many of whom were traveling from Pittsburgh or Green Bay for the once-in-a-life chance to see their team play in the Super Bowl.

“We apologize to those fans that were impacted by this. We are going to work with them…”

“Working with them” apparently began with an offer to reimburse their tickets at three times the face value of $800-$900.  Sounds nice until you learn that the fans “impacted by this” likely paid around $3,500 per ticket, took time off work, traveled from out of town, and paid for food and accommodations at inflated Super Bowl prices.

After getting criticized, the NFL also offered the fans tickets to next year’s Super Bowl.  Pretty cool, unless you’re a lifelong Packers or Steelers fan and next year’s game features Minnesota and Denver.  (Hey…one can hope.) 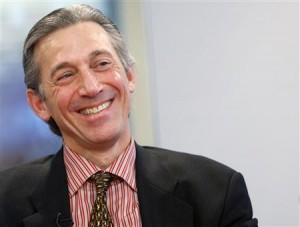 “When parties are working together and something goes wrong, everybody has a responsibility.  We will figure out what the key steps were, which ones were ours, which ones were someone else’s.”

That’s Eric Grubman, the NFL’s executive VP of business operations, employing the final tactic of all obfuscators:  blame someone else.  What is possibly to be gained by this?

Get it right the first time.  There’s nothing more damaging than dragging it out, doling out your apologies and offers piecemeal. The hole you’re in just keeps getting deeper, and now we know that everything you say is just another desperate attempt to dig out.

Here’s what people don’t understand.  Mistakes are some of the very best opportunities we get to deepen stakeholder trust.

Handle mistakes with transparency, humility and decisiveness and you can do untold wonders for your reputation.

But try to minimize the mistake, or to spread the blame, or to get off lightly, and you may never recover.